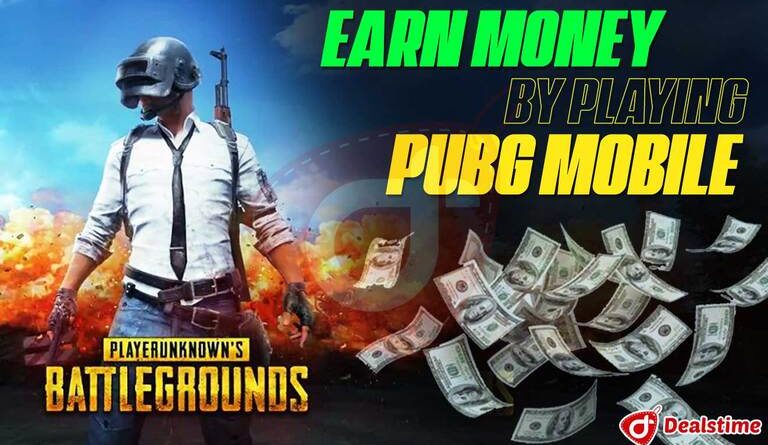 PUBG(PlayerUnknown’s Battlegrounds) is an online multiplayer battle royale game. It was 1st released for Microsoft Windows via Steam’s early access beta program in March 2017, with a full release in December 2017.

It was also released by Microsoft Studios for the Xbox One via its Xbox Game Preview program that same month and officially released in September 2018.

For Android and iOS, a free-to-play mobile version was released in 2018, in addition to a port for the PlayStation 4. A version for the Google Stadia streaming platform was released in April 2020.

It is one of the best-selling and most-played video games of all time. The PC and console versions of the game have sold over 60 million units as of December 2019, in addition to PUBG Mobile has crossed 600 million downloads.

It has become a paradise for those who are fond of playing video games. But do you know that you can earn well by playing PUBG mobile, like all other popular players?

So let’s have a look at some Top PUBG mobile players who makes thousands & millions in a month by playingPUBG mobile.

And many more have made a career in PUBG mobile by playing it. Like them, you too can earn a good income by playing pubg and make a career.

10 eSports platform below is available both as a website and application. You can use them any format, website, or application, which you like. It’s included some websites and applications where you can participate in multiple contests and win money and rewards.

These tournaments are free or paid both available. If you invite your friends or anyone else on these websites and apps by your promo code, you will get some referral earning.

Playerzon is an online portal that offers you to play pubg mobile and win real money and rewards. It was founded and launched on 7th November 2018. Playerzon was developed by 2 young minds from Gujrat, India.

Users can play multiple games like Pubg Mobile, Free Fire, etc. And earn rewards based on your performance. Users can also join custom Rooms and get rewards for chicken dinner, and also for each kill you score. Give it a try.

Mobile Premier League (MPL) is a well known and famous app where you can earn money by playing Pubg Mobile Tournaments. Recently, the application has added Pubg Mobile on their games list.

There are many games are available in the MPL app from where you can earn money. In this app, you can register on free Pubg Mobile tournaments and earn a huge amount of money.

This is the most trusted application from where lakhs of people are earning money by playing games. After registering a Pubg Mobile tournament you will get your room user id and password before the match starts.

Offline Tournaments are held across India covering 8 cities. So far with an expansion plan by covering 16 cities by next time. It’s online eSports Portal was launched in August 2017, with an idea of bringing the tournament’s experience online.

StarWar is India’s biggest upcoming Esports platform through which you can participate in Pubg Mobile, Pubg Lite, Free Fire, Ludo Tournaments, and earn cash prizes for every kill.

It is a Great Platform to earn money while playing your favorite games. Users can join tournaments by paying very nominal fees like Rs 10 via various payment methods.

It is India’s biggest upcoming Esports platform through which you can participate in Pubg Mobile tournaments and earn cash prizes for every kill.

Pixlona is a great platform to earn money while playing your favorite games. Users can join tournaments by paying a very nominal fee like Rs 15 via various payment methods.

Get your winnings directly to your Paytm Wallet

From communities to game publishers, thousands of organizers trust Toornament to organize their esports tournaments. There is a dashboard that gives you full control over the toornament workflow.

By clicking on the browse section in Tournament, you can check out games like Pubg M, Fifa 20, etc. There is a Tournament Public Home Page displayed on the website with all information participants or viewers might need to enjoy the competition (rules, prizes, schedule, streams, etc.)

By clicking on its documentation, you can have a look at its starter guides, structures, match configuration, etc. so as to have complete knowledge about it. You can associate your live streams (Twitch, Youtube, Mixer…) and videos (replays, highlights, bonuses…) to your tournament and matches to improve your viewer’s experience.

It is a platform developed alongside the community to provide a unique place for eSport amateurs to challenge a friend or foe, as well as compete in tournaments. They have a strong focus on equally matching opponents and full transparency.

You can earn money and rewards by playing Pubg Mobile, Counter-Strike, and Hearthstone on this skill-based gaming platform. There are 20+ Tournaments in a day, you can participate in them, as much you want.

Giving gamers the opportunity to climb ranks and ladders and compete for real cash prizes. 121GameOn is technology-driven and strives to provide optimal conditions across borders, platforms, and games.

It is a Swedish company founded in 2014 with the vision to create the best possible online competitive gaming experience. By merging both world-class technical and business expertise with years of esports experience, they have created a platform that will enable the full potential of esports and competitive gaming.

Their mission is to make esports as accessible for non-professional gamers as regular sports are for regular people. Challengermode provides the perfect solution for Pubg players to earn money. This platform is available on the website and app, both formats.

Ultimate Battle is a leading esports platform designed to serve a fast-growing Esports community. It provides gamers a unique platform where Esports teams and professionals can compete across a number of different game titles.

Pubg WarField is an also eSports based platform for players who interested to play and win. Pubg Warfield also offers you to play other battle games to earn money and win rewards. To play for real cash you must be at least 13 years of age.

PubgWarField conducts free and paid tournaments. Free tournaments don’t cost to join. In paid tournaments, there is an entry fee. They will be posting regularly new features, games, and updates on Facebook and Instagram. You can follow them to get the latest updates. 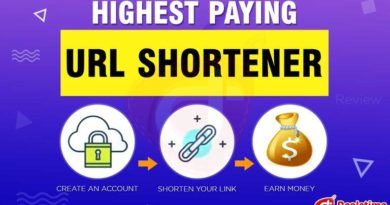